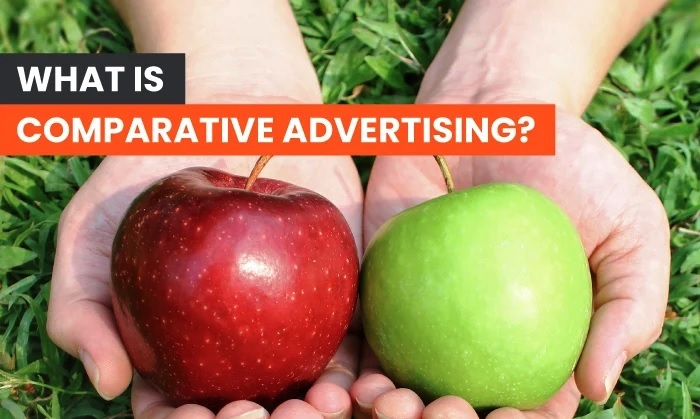 Did you know that the average American sees over 5,000 ads per day? That’s a tremendous amount of content to compete with, especially if you’re running a small business or a new startup.

To stand out, you must clearly communicate to consumers what’s so great about your products and why they’re superior to competitor models.

An Overview of Comparative Advertising

Comparative advertising means directly comparing your product to a rival’s product to show why your item is better.

Is it OK to go after another brand like this? Sure. The Federal Trade Commission (FTC) permits companies to use this marketing strategy (within limits, which we’ll talk about) for three reasons:

Comparative advertising works best when you’re making specific, measurable comparisons. For example, you might use comparative ads to show things like:

Comparative marketing yields positive results for many businesses. For one thing, over 51% of consumers report disliking uninformative ads. It’s a good thing comparative ads are informative by nature, then.

Comparative and competitive advertising are similar, but they’re not the same.

With comparative advertising, you present a product as better than a competitor’s version of the same (or very similar) item. You can explicitly name the competitor or imply who they are and which product you’re referring to.

There are three hallmarks of a comparative ad:

For example, say you’re FreshBooks. You want to compare your online accounting software to your competitor, QuickBooks, by showcasing how many extra features your product has. You’re talking up your brand, but the ad is more about the product than your business as a whole.

Competitive advertising is more general. Rather than promoting a specific product, you’re trying to influence consumers to choose your overall brand over your competitors.

Competitive ads leave consumers with a different impression than comparative. If FreshBooks advertised why they’re “better” as a company than QuickBooks, that’s competitive advertising. They’re nurturing people towards their brand, not an individual product.

Nowadays, companies are making the news for their unique takes on advertising. Take Wendy’s, for example. Wendy’s restaurants pride themselves on never using frozen meat. They create an ad mocking a specific McDonald’s burger, the Big Mac, but the focus is on Wendy’s overall brand values.

In other words, they don’t specifically compare their own burger to their competitor’s to show why it’s better—they don’t mention their products at all. This means the ad is competitive, not comparative.

There’s no “right” formula for comparative advertising success, but here are some practices I think you should bear in mind before you design your ad.

The best comparative ads are fun. They don’t take themselves too seriously.

Samsung, for example, loves poking fun at Apple. Back in 2010, the iPhone 4 received widespread criticism over bar drops and reception issues. Samsung quickly took advantage of the situation:

The ad doesn’t directly mention Apple, but it does subtly compare specific phones.

In 2011, Samsung took comparative ads to the next level when they mocked people queuing for the iPhone:

It’s a lighthearted ad highlighting why the Samsung model is just as attractive, if not superior, to the iPhone. Unsurprisingly, the ad was part of a wider competitive marketing campaign.

Here’s something else to think about: consumers are more likely to remember an ad if it’s funny. Humor is a great way to build a stronger emotional connection to your target audience, so keep your ads lighthearted—and maybe even a little cheeky.

2. Be Clear about Which Brand is Yours

If you plan on using comparative advertising, always make it clear which brand or product is yours.

First, you can’t use comparative advertisements to confuse or otherwise mislead your customers. If it’s unclear which product is yours, you risk giving your customers a false impression.

Second, it’s hard for many customers to tell the difference between some products to begin with.

For example, when someone buys soap from the grocery store, they might not inspect the brands. Depending on the persona, these consumers might buy the cheapest item, because to many, “soap is just soap.”

How can comparative advertising help? By showcasing why not all soap is made alike and why your brand is superior. This technique may also draw in a new customer base of discerning buyers too.

You must be ready to back up all claims you make. The evidence you need varies, but here are some examples:

Think about it this way. If a user reaches out on Twitter and asks you to prove your claims, how does it look if you can’t provide them with any evidence?

Let me show you what happens when it all goes wrong, and you can’t back up your assertions.

First, false advertising can cost you both financially and in customer trust.

Similarly, Coca-Cola withdrew its Vitaminwater ads after implying the water:

The lesson here? Whether it’s a comparative or competitive ad, don’t make false claims about your products. Stick to the facts.

It doesn’t necessarily work the opposite way, though. If you compare yourself to a smaller company, here’s what might happen.

Remember, comparative advertising is only one digital marketing strategy. It’s not for everyone, so weigh up the pros and cons before running comparative ads.

(c) The Commission has supported the use of brand comparisons where the bases of comparison are clearly identified. Comparative advertising, when truthful and non-deceptive, is a source of important information to consumers and assists them in making rational purchase decisions. Comparative advertising encourages product improvement and innovation, and can lead to lower prices in the marketplace. For these reasons, the Commission will continue to scrutinize carefully restraints upon its use.

Before you start crafting comparative ads, though, you need to know the rules around what you can and can’t do. Essentially, the rules control three things.

Comparative ads must be truthful and not misleading in any way.

What constitutes a “misleading” or “deceptive” ad? It’s all about the overall impression you leave on consumers.

If you leave people with the impression that your brand is superior via making false claims or omitting qualifying details, you’re misleading people into buying your product over others. There’s a chance competitors (or consumers themselves) will sue you for false advertising.

Here are some tips to keep your ads in the clear.

“Puffing,” or “puffery,” is when you make a promotional claim about your product or business, but it’s an opinion, not fact. Puffing is legal only if the claim is:

Engaging in puffery involves indirectly comparing your business to others, but you’re not pretending there’s any factual evidence to support your claim. Here are some examples.

There’s no factual basis for these claims, but they make catchy slogans. No reasonable buyer would assume there’s any truth in these statements, so they probably won’t influence someone to choose these products.

Puffing can be effective, and it might work as an alternative to other forms of comparative advertising.

Some people don’t respond well to comparative techniques from an ethical standpoint, whereas others are more receptive.

Essentially, if you stick within the law, there’s no reason you can’t run comparative ads. However, here are some considerations to bear in mind before trying it for yourself.

First, not all comparative ads resonate with their intended audience. To avoid dissuading potential buyers from choosing your brand, do some market research. What kinds of ads does your target customer base respond well to? Use your findings to shape your marketing decisions.

Secondly, our personalities influence everything from our buying habits to the values we attach to brands. There’s always the chance that some customers will steer clear of your brand on principle if you use comparative ads.

Customers aside, think about whether comparative advertising meshes with your brand identity. For example, if your brand’s personality is bold, witty, and maybe a little cheeky, comparative ads may help you build a consistent online presence.

Before you run your comparative ads, look at some successful comparative advertising campaigns in your industry, and think about what you can learn from them. Pay special attention to the ad tone and the supporting evidence’s quality.

Finally, consider how you want your competitors to see you, especially if you’re a new and relatively unestablished brand. If you plan on trying comparative advertising, look for ways to clearly distinguish yourself from your competitors by appealing to a particular customer base, rather than alienating other brands.

Just remember to follow the rules around comparative advertising, and always ensure you can back up your claims with solid stats.

If you’re not sure how to get started with comparative ads or you’re looking for a little more guidance, check out my consulting services or take a look through my free training guides. 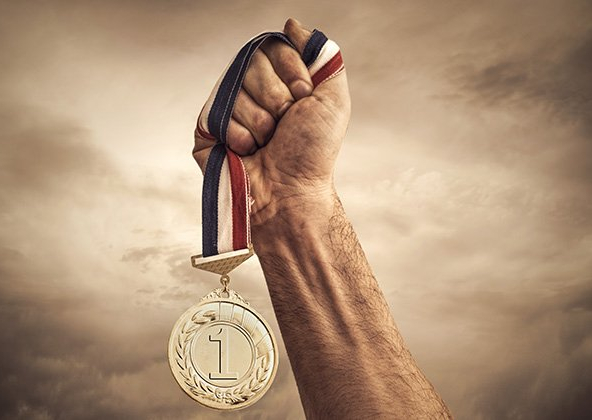 Ranking in Google’s results is easier said than done. There are millions of different websites...
Continue reading
by cpec_suadmin